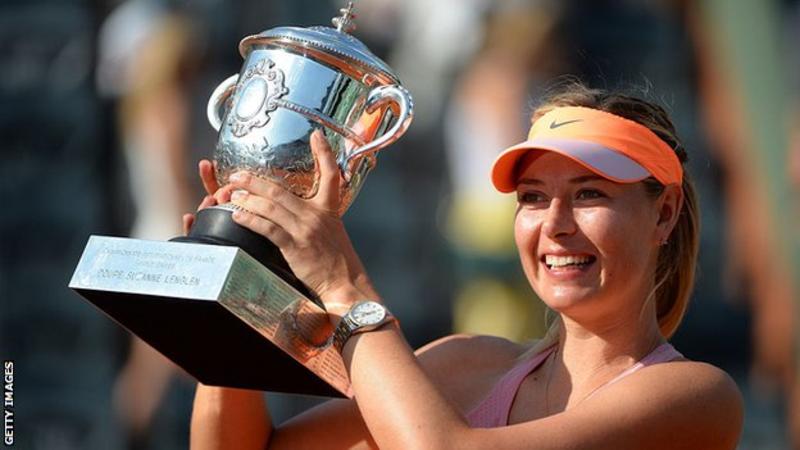 A farewell tour – with the chance to perform one final time in Paris, London and New York – would not have been the Maria Sharapova way.

No longer competitive, and with a shoulder not fit for purpose, she would have hated making up the numbers at a benefit gig.

And so the end came in a well crafted essay published in Vogue and Vanity Fair – which very much is the Sharapova way.

The Russian leaves as one of only 10 women to have won each of the sport’s four Grand Slam titles, and as a former world number one who made a huge impact on both sport and the celebrity world.

Some of those achievements have been tarnished by the positive test she returned for meldonium. Even if her physical problems were escalating, she was just not the same player after her return.

Her road to winning Wimbledon at the age of 17 in 2004 had many twists and turns. Conceived 40 miles from Chernobyl in the aftermath of the nuclear disaster, Sharapova was born in Siberia after her grandmother persuaded her parents it would be safer to leave.

The family then moved on to the Black Sea resort of Sochi, before heading to Florida when Sharapova was just six to try to carve out a professional tennis career. Mum stayed in Russia, and the family was not reunited for the best part of two years.

Sharapova had signed with Nike and IMG by the age of 11, and was a Wimbledon champion just six years later. She won three of her Grand Slams by the age of 21, and even though two French Open titles were to follow – arguably her greatest achievement on a surface on which she once said she felt like a “cow on ice” – her shoulder was becoming an increasing hindrance.

And then came the positive test for meldonium – a heart disease drug – at the 2016 Australian Open. In the evidence she presented at her tribunal, Sharapova said the drug was prescribed in 2005 by a doctor in Moscow to treat a mineral metabolism disorder, which had left her prone to colds and tonsil infections.