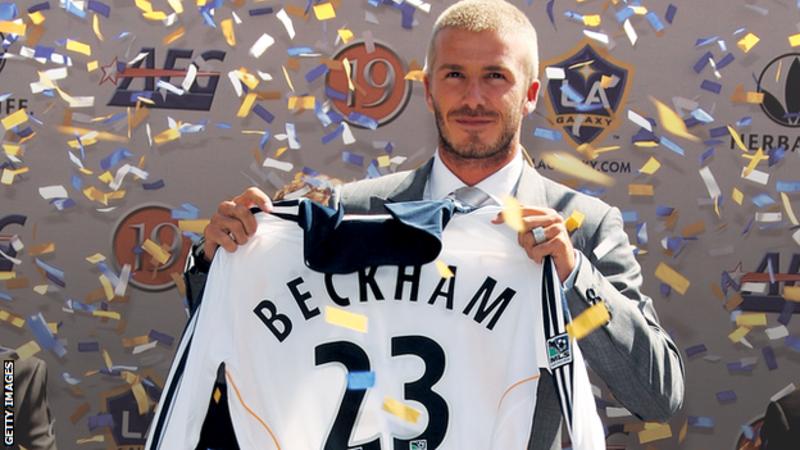 After all the slick presentations, after David Beckham has swept in and charmed the 40th floor of a Manhattan hotel, it is hard to believe that, not so long ago, Major League Soccer came close to falling apart.

That Beckham – or Zlatan Ibrahimovic, Wayne Rooney, Kaka, Andrea Pirlo, Thierry Henry and Steven Gerrard – might never have come as players. That there might have been no Seattle Sounders, Atlanta United or Inter Miami – the team Beckham now represents as owner.

MLS was celebrating the approach of its 25th season this week. Oscar-winning composer Hans Zimmer has created a new anthem to mark the anniversary.

However, in 2001, it was “on the brink” of collapse, recalls MLS commissioner Don Garber.

“We were with bankruptcy attorneys sitting around a table,” Garber says. “The league was as close to folding as a signature on a page. If it had, it would likely never have come back.

“Rarely in life do you get the chance to put all your chips on the table and go all in. We did, and we won the pot.”

Fast forward to today, and one owner bullishly describes the MLS as the United States’ third most popular spectator sport. He predicts it will be one of the top five football competitions in the world within 10 years.

Six new teams are to join by 2022 – two a year. Seven new stadiums will be opened. There is no Las Vegas yet but it does have a ‘Nash Vegas’, as Nashville is amusingly known because of its impressive number of bars and lively night life. MLS is on the march.

For obvious reasons, former England captain Beckham is viewed as the most significant figure in MLS history. But that doesn’t tell the whole story.

The last quarter of a century of football in America is a tale of chaos, hope and despair. Of financial catastrophe, blind faith and a rebirth that seemed barely imaginable.

“I didn’t have football posters on my wall as a kid,” says Alexi Lalas. “It was mostly hockey players. My English influence was Joe Elliott from Def Leppard. I didn’t grow up with the dream of being a soccer player.”

For kids growing up in the 1970s and 1980s, it was a similar story across America as a whole. USA team boss Gregg Berhalter remembers heading to Paterson to watch the New Jersey Eagles play in the late 1980s. The stadium was a bowl, with an athletics track, that was primarily used for baseball.